Research has found that just about all the Waites of Leigh are related and originate from the first known family, that of Edward and Anne Waite (c1615-1680). This web site has connected all those families using the parish register baptisms, marriages and burials, combined with the eight gravestone inscriptions that have been recorded, and three Wills discoved for the early Waites, including one for the first Edward Waite. There is more work to be done, particularly in identifying the farms they worked. I would be particularly interested to hear from anyone with more information in this area. Also, being a descendant of the Waites of Leigh myself, I would enjoy hearing from anyone likewise connected.

The WAITE wills for Leigh have been transcribed and an index is available in the "Other Indexes" tab on the left. Click on their name to go to their page where the will is documented.

The descendants chart below links everyone together, starting from William Waite and Elizabeth Wells who appear to have started the WAITE dynasty in Tonbridge and Leigh. The first WAITE family in Leigh was their son Edward and his wife Anne. Those who left wills/admons are highlighted in yellow. If you are descended from a WAITE from Leigh and would like further people added to this tree then let me know and I would be happy to do so.

For further information on the village of Leigh I recommend the Leigh Historical Society web site.

The information about the WAITEs of Leigh, Kent was compiled with the assistance of Gillian Rickard, B.A., Dip.Loc.Hist, specialist in Kent Genealogical, Historical and Biographical Research (www.kentgen.com) 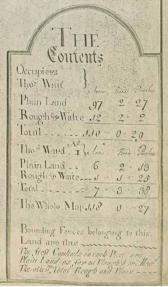