This page has been established to facilitate sharing of information with other Gladman researchers and to collaborate on development of the family tree. Please contact me if you disagree with any of the connections and/or have further information. I am happy to make corrections based on evidence which you can provide. 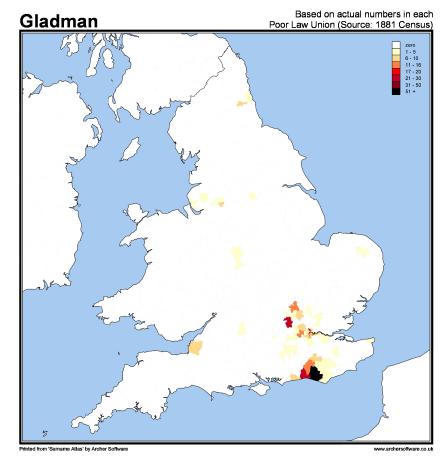 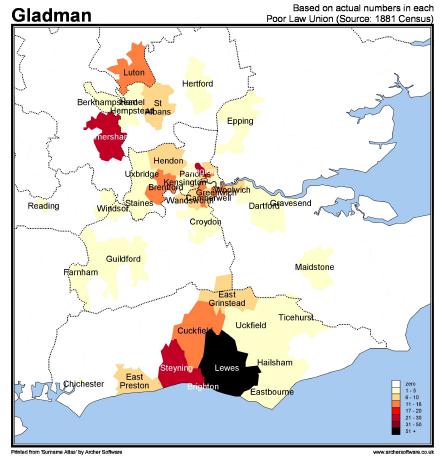 The following descendant chart is the primary GLADMAN family tree in East Sussex.

Nathaniel Gladman of Ringmer in East Sussex had many descendants and his family tree was originally researched by Rosemary Hales, Bert Parsons, and various other researchers (including myself) in the early 1990s. Rosemary and Bert published a family tree (on paper) which brought together the descendants of Nathaniel Gladman, the earliest Gladman in these East Sussex families. I have since consolidated and added to this research in order to  preserve the large amount of work that was done. The descendants chart for Nathaniel Gladman is presented above, with acknowledgement to everyone who assisted with this work in the 1990s (all of whom were descendants of Nathaniel).

More recent work by Paul Gladman in 2017 unearthed some information about the early history of the Gladmans. This message from Paul Gladman on 3 Feb 2017: I'm sure you are now aware of the earlier Gladman references that have now been uncovered in East Sussex, the earliest of which is now the marriage of Thomas Gladman of Redbourn, Herts, husbandman, to Joan Dan(n) in Southover, Lewes, which took place in 1613. Although there is no direct evidence, so far, that Thomas and Nathaniel are related, it seems very likely that they are. Thomas could be Nathaniel's father. I have since found a reference to Thomas's Christening in Redbourn in 1585, and to his parents' marriage in Redbourn in 1584. They were John Gladman and Agnis Clercke, also named in Latin in one of the references; Johannis and Agnetam. So it looks very likely that our Gladmans originated in Hertfordshire, where there are indeed a lot more Gladmans.There was a Nathaniel Gladman christened on 19th of May 1622 at Hemel Hempstead, Hertfordshire. Could he be the person who started a new branch in Sussex?

It is interesting to note on the 1881 surname distribution maps above that the only concentrations of the Gladman surname are in East Sussex and Hertfordshire (apart from in London where one would expect a more mobile population).

Harriet Farrant married Gideon Gladman in 1839 and she embroidered a young child's bed cover between 1838 and 1842 which now hangs in The Priest House, West Hoathly. The embroidery tells the story of the birth and death of her first born, a daughter named Harriet Farrant Gladman, who lived only 9 weeks and 3 days.

An article on Harriet Gladman's embroidery was published by the Sussex Archaeological Society in their magazine "Sussex Past & Present", December 2017 (issue no. 143) and can be downloaded from this site (see Publications menu tab). 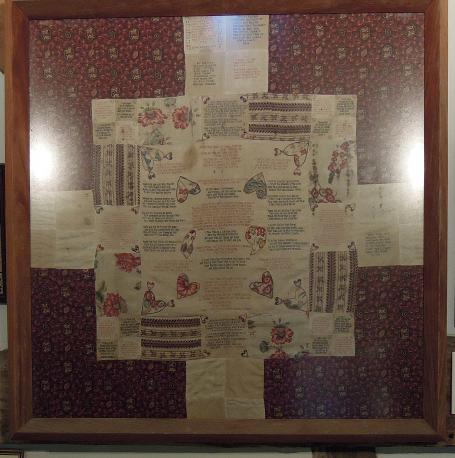