b. 1 May 1814, d. 1894
Pedigree
Gideon Gladman was baptized on 1 May 1814 at Laughton, Sussex, England. He was the son of Gideon Gladman and Mary Elliot.
Gideon gives his place of birth as Framfield in the 1851 census but Laughton in the 1891 census. This is understandable given that the family lived on the border of Framfield and Laughton.1,2
Gideon Gladman is mentioned in the will of Gideon Gladman dated 20 January 1830 at Framfield, Sussex, England.3
Gideon Gladman married Harriet Farrant, daughter of Friend Farrant and Anne Thomas, on 15 April 1839 at St Nicholas Church, Brighton, Sussex, England.4,5
Harriet was a first cousin once removed to her husband, Gideon Gladman. Gideon's mother, Mary, was her first cousin.
There is a piece of embroidery (a young child's bed cover) sewn by Harriet on display in the The Priest House, North Lane, West Hoathly, West Sussex. Harriet recorded their wedding on her embroidery:
"I Harriet Farrant was united to Gideon Gladman at Brighton Church Monday April the 15th in the year of our Lord 1839".
"O Lord grant that we together may sweetly live
And when it shall please thee to call us to die
Grant we may each a starry crown receive
And reign above the sky."
There is a c1840 map of Mr Gideon Gladman's plot of land on the Laughton side of the turnpike road leading to Lewes, surveyed by Frederick Fennell (ESRO: CHR 3/8/16.)
Harriet's embroidery records the birth of their first child, daughter Harriet Farrant Gladman:
"Harriet Farrant Gladman daughter of Gideon and Harriet Gladman was born Monday November the 16th in the after noon at four oclock in the year of Our Lord 1840"
Sadly, it also records her death just 9 weeks and 3 days later:
"Harriet Farrant Gladman daughter of Gideon and Harriet Gladman died Thursday night at half past ten oclock January the 21 in the year of Our Lord 1841 aged 9 weeks and 3 days".6

Gideon Gladman was a labourer on 3 January 1841.7
On 7 June 1841 Gideon Gladman and Harriet Farrant lived at Terrible Down, Laughton, Sussex, England.8
The 1841 census mistakenly records Harriet's name as Charlott [sic]. Gideon, occupation farmer, is 28 years old and Charlott (Harriet) is 29 years. The place Terrible Down (more often called Tarble Down in legal and manorial documents) does not, as the legends would say, have its origin as the place of slaughter of remnants of the Battle of Lewes in 1264, or alternatively, a place where Alfred the Great fought the Vikings. The true origin is considerably less glamorous, with the authoritative "The Place Names of Sussex" by Mawer and Stenton stating that it probably evolved from "Tordehelle" meaning a dung hill (there was a Robert atte Tordehelle, 1296) and morphed into other variants such as Torble, Tarble and Terrible to hide its unpleasant associations.9
Summonses to Hailsham Petty Sessions for non-payment of poor rates
Reference:     PAR409/37/19
Title:     Summonses to Hailsham Petty Sessions for non-payment of poor rates
Description: William Randall, Thomas Akehurst, Henry Hoad, John Wickerson, Thomas Havenden, John Akehurst, Gideon Gladman, Thomas Turner, 5 Apr 1843; John Akehurst, Gideon Gladman, 4 Oct 1843; Henry Hoad, 13 Dec 1843.
Gideon Gladman was a farmer on 1 October 1843.10
Gideon's wife Harriet died in November 1843 at the age of 31 years, leaving two young children.
Gideon Gladman married Caroline Eager, daughter of Alice Eager, on 10 February 1846 at Laughton, Sussex, England, "widower and widow."11
On 30 March 1851 Gideon Gladman lived at Coopers, Laughton, Sussex, England, a widower, living with his widow mother Mary and his four surviving children.1
On 7 April 1861 Gideon Gladman lived at Dormansland Cottage, Lingfield, Surrey, England, living with his two unmarried daughters Emily (15 years, housekeeper) and Caroline (12 years, scholar.)12
On 2 April 1871 Gideon Gladman lived at Busses Farm, East Grinstead, Sussex, England, a widower, 52 years, occupation carter. On the neighbouring Bailyes Farm daughter Caroline is a visitor, age 22 years, unmarried. She is staying with farmer William and Amelia Turner, ages 67 and 60 years respectively, both born West Hoathly and their family (son Richard age 32 years, widower, carpenter born West Hoathly and daughter Ellen aged 14 years, born East Grinstead). There may be a family connection as a Mary Turner married Gregory Gladman, brother of Gideon, and they also lived at Terrible (Tarble) Down. Note: William Turner and Amelia Isted married 6 Feb 1833 at West Hoathly.13
Gideon Gladman married Mary Ann Savill in 1879 at East Grinstead, Sussex, England.14
Gideon Gladman was a farmer on 5 April 1891.2
On 5 April 1891 Gideon Gladman and Mary Ann Savill lived at Gate House Farm, Quaybrook Common, Hartfield, East Grinstead, Sussex, England.2
Gideon Gladman died in 1894 at East Grinstead, Sussex, England. Age 80 years.15
Gideon's widow, Mary Ann, lived the rest of her days at Sackville College, an almshouse in East Grinstead. She died in 1918 and probate for her personal property went to Charles Taylor, grandson of Gideon's sister Mary Taylor (nee Gladman) who lived in Hortsed Keynes.

b. 6 June 1673, d. 1720
Pedigree
Joan Martin was born in 1673 at Laughton, Sussex, England.
Joan Martin was baptized on 6 June 1673 at All Saints, Laughton, Sussex, England.1 She was the daughter of James Martin and Mary (?)
This baptism fits well and Laughton is an adjacent parish to Ringer where she married. I found no other candidates within a reasonable distance.
Her parents were James and Mary MARTIN according the the SFHG baptisms index. However, their marriage is not in the Sussex Marriage Index which could be explained by the gap in marriages for Ringmer between 1660-1663 (typical as it was the Civil War period - lots of records are missing for this period).
There is however, a marriage of a John MARTIN to a Mary FRENCH on 4 Jan 1665/66 at Ringmer with a note saying that John is from Tenterden in Kent. Some people have assumed that James is incorrect and that then name was actually John. This is not correct, particulalry as there are two later baptisms to James and Mary MARTIN suggesting it was not a mistake.
Some people have also confused this Mary FRENCH with the Mary FRENCH (widow) who married Nathaniel GLADMAN on 22 Feb 1665/66. They are different people!
Joan Martin married William Gladman, son of Nathaniel Gladman and Mary French, on 7 May 1696 at Ringmer, Sussex, England.2
As of 7 May 1696, her married name was Gladman.
Joan Martin died in 1720 at Ringmer, Sussex, England.
Joan Martin was buried on 26 January 1719/20 at Ringmer, Sussex, England, widow.3

b. circa 1630, d. 1688
Pedigree
Nathaniel Gladman was born circa 1630 at England.
Marriage banns for Nathaniel Gladman and Joan Burgess were published on 19 August 1655 at Ringmer, Sussex, England; "both of Ringmer."1
Nathaniel Gladman married Joan Burgess on 11 September 1655 at Glynde, Sussex, England, Joan is "of Ringmer."2
A Hanna GLADMAN buried in 1660 at Ringmer could have been a child of Nathaniel and Joan. Joan appears to have died sometime before 1666 as there is a second marriage for Nathaniel only 10 years after his first marriage so could not be one of their sons. Although there is a burial of a Joan GLADMAN widow on 26 Jan 1719, and is possibly Nathanial's first wife, it is considered to be more likley some other Gladman widow.
Nathaniel Gladman married Mary French on 22 February 1665/66 at Ringmer, Sussex, England, Mary is a widow.2
Nathaniel Gladman died in 1688 at Ringmer, Sussex, England.
Nathaniel Gladman was buried on 12 October 1688 at Ringmer, Sussex, England.3
Early History of Gladmans
This message from Paul Gladman on 3 Feb 2017: I'm sure you are now aware of the earlier Gladman references that have now been uncovered in East Sussex, the earliest of which is now the marriage of Thomas Gladman of Redbourn, Herts, husbandman, to Joan Dan(n) in Southover, Lewes, which took place in 1613. Although there is no direct evidence, so far, that Thomas and Nathaniel are related, it seems very likely that they are. Thomas could be Nathaniel's father. I have since found a reference to Thomas's Christening in Redbourn in 1585, and to his parents' marriage in Redbourn in 1584. They were John Gladman and Agnis Clercke, also named in Latin in one of the references; Johannis and Agnetam. So it looks very likely that our Gladmans originated in Hertfordshire, where there are indeed a lot more Gladmans.
There was a Nathaniel Gladman christened on 19th of May 1622 at Hemel Hempstead, Hertfordshire. Could he be the person who started a new branch in Sussex?
Further Information:
GLADMAN burials at Ringmer were:
17.10.1688 Nathaniel GLADMAN
27.4.1692 Edward GLADMAN
12.12.1696 widow GLADMAN of Alms house
26.1.1719 Joan GLADMAN widow
Note also:
Rebecca Gladman was buried at Hellingly on 3 Nov 1652 and was noted as a "young maid".
Comfort Gladman was buried 5 Mar 1640 at Hellingly (widow of Elisha)
Ellisha Gladman was buried 4 Jul 1637 at Hellingly (son of Elisha)
Richard Gladman was buried 30 Apr 1701 at East Blatchington (of Ringmer, labourer.)
Extract from the Sussex Marriage Index:
Place: Lewes St. John Southover, East Sussex, Date: 10 Apr 1613:
Subject: Thomas GLADMAN, (19 in BT)
Spouse: Joan DAN
Extract from the Sussex Marriage Index:
Place: Archdeaconry of Lewes Marriage Licence, Date: 13 Apr 1613:
Subject: Thomas GLADMAN, hus Redborne Herts
Spouse: Joan DANN, sp Southover
Extra Information: Sponsors ss: TG; Robt HOVERD Southover stone hiller (Southover)
Extract from the Sussex Marriage Index:
Place: Heathfield, East Sussex, Date: 20 Oct 1646:
Subject: Hannah GLADMAN
Spouse: Thomas STREETER.

b. circa 1660, d. 1660
Pedigree
Hanna Gladman was born circa 1660. She was the daughter of Nathaniel Gladman and Joan Burgess.
Hanna Gladman died in 1660 at Ringmer, Sussex, England. Needs to be checked - not in Sussex Burials Index.

b. 1 May 1667
Pedigree
John Gladman was baptized on 1 May 1667 at Ringmer, Sussex, England, surname spelt GLLADMAN.1 He was the son of Nathaniel Gladman and Mary French. 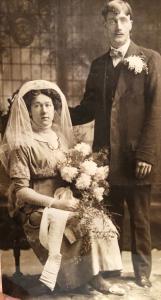 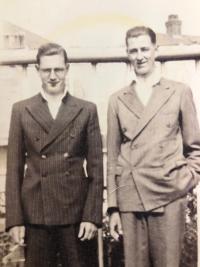